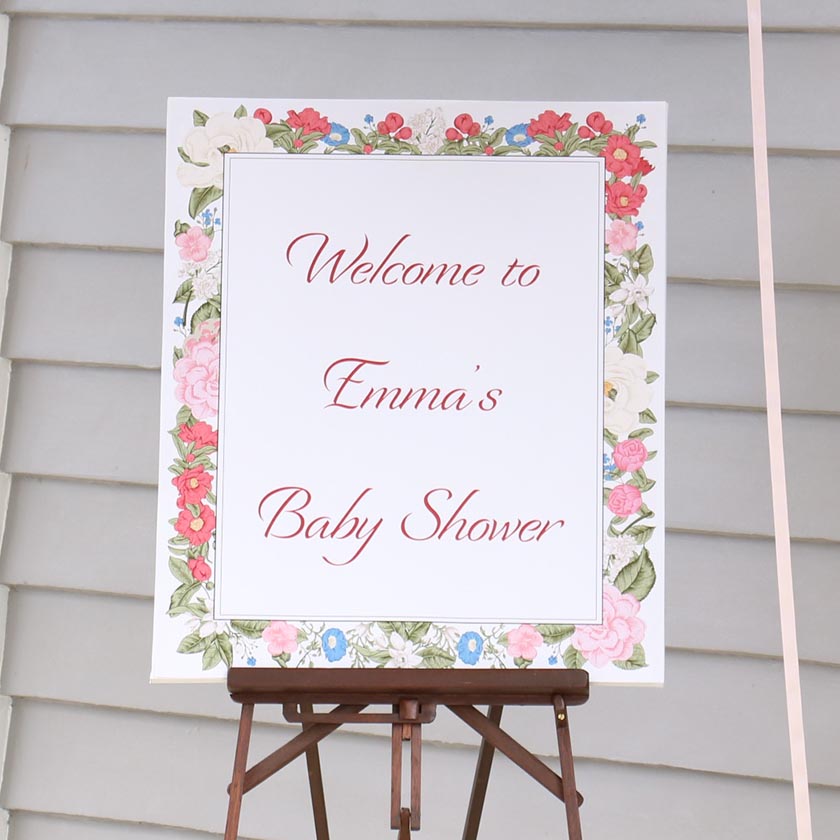 What is a Baby Shower?

It wasn’t until I moved to the big city that I was introduced to the Baby Shower Phenomenon...

I guess my first thought was, “Raining Babies?” but I’ve been to quite a few now and it’s the showering of gifts for a first-time-mum-to-be in her final trimester. Of course the gifts are generally for the baby, but it never hurts to sneak something in for Mum, as no doubt her anxieties of what’s to come are certainly warrant for a bit of mum-love.

So on this sunny 3rd of December summer day in Auckland, New Zealand, Emma had her Baby Shower.

Lets begin by starting with one of the most important things at a baby shower.... 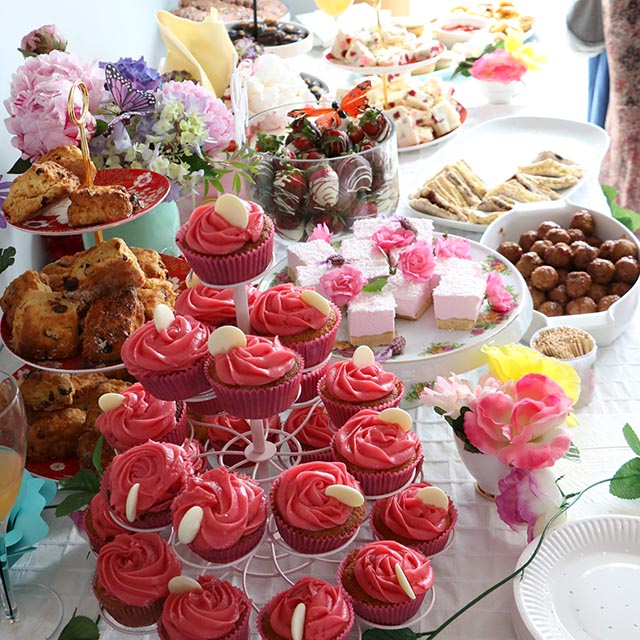 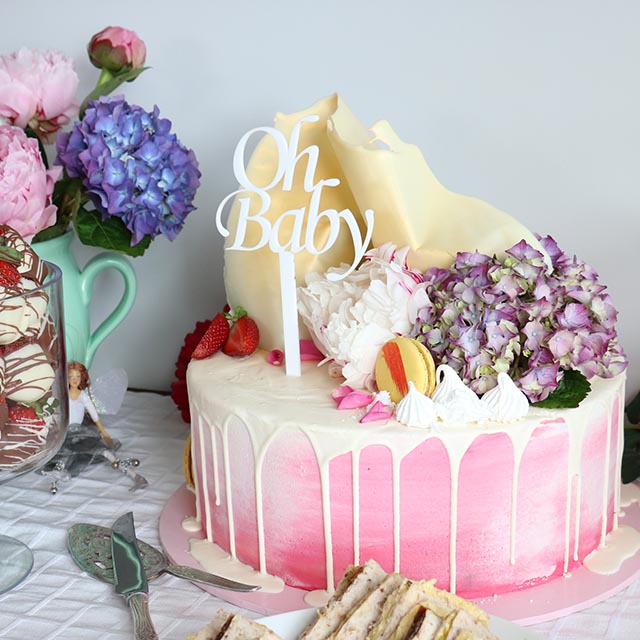 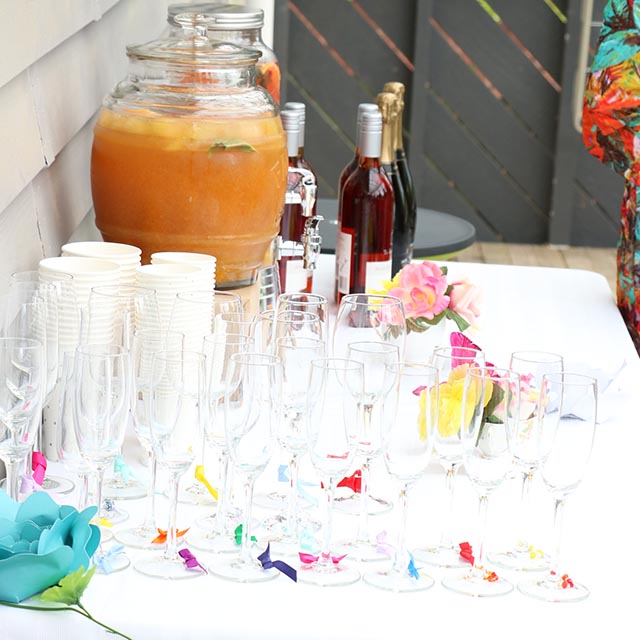 The vast spread is like that at a kid’s birthday party, generally minus the fairy bread and bowls of Twisties. It's a beautiful array of cakes and delectable snacks that would rival a Royal Tea party. Everyone hovers waiting for the first person to break the seal and then people dive in time and time again…okay so that’s probably me…but I’m sure I’m not the only one…

And like all expectant-mums or any mum for that matter, they think of others before themselves, so although Emma doesn’t indulge in a glass of wine or two, she makes sure there’s more than enough “grog” for those that like to celebrate any occasion….. 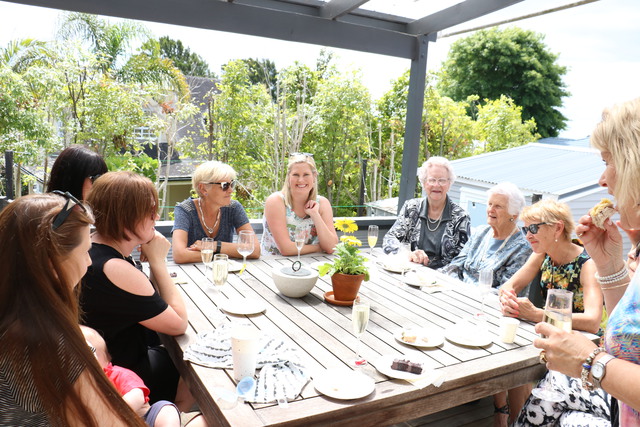 Generally you would be hard pressed to find any grown male at such an event, they tend to scatter quite quickly at the mere mention of baby shower, I guess talk of booties, nappies & breast feeding is not high on any man’s agenda…but it’s the chatter you will often hear at a baby shower amongst the predominantly-female patronage. 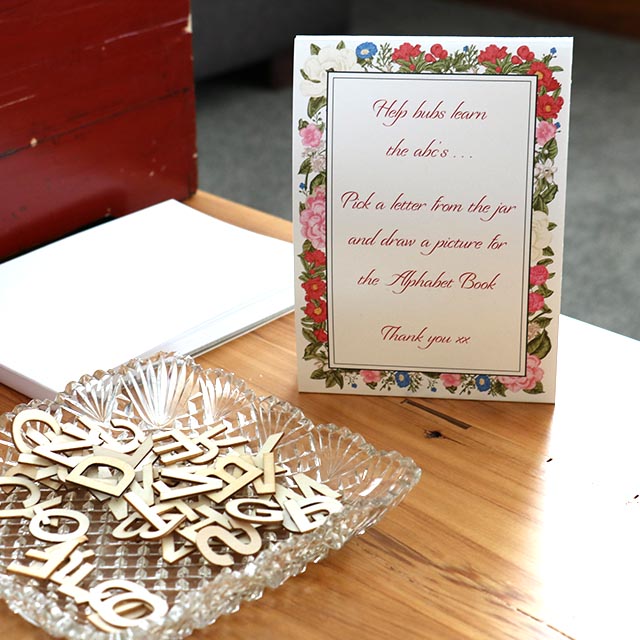 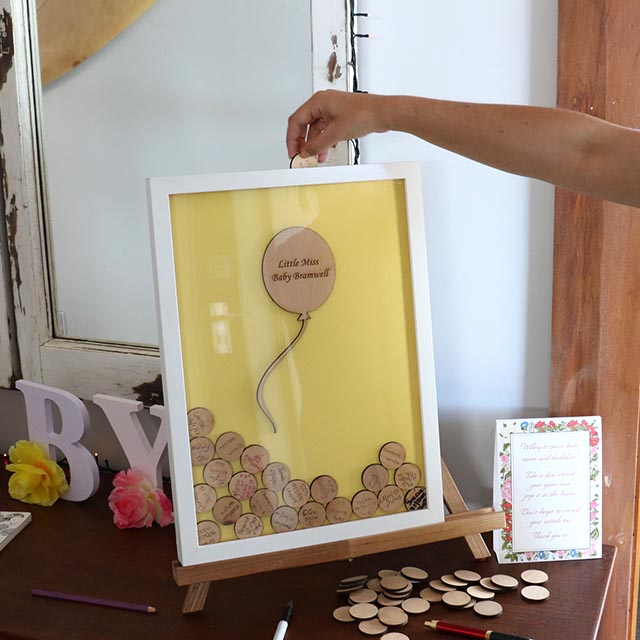 Games or activities are often part of the event, I licked smeared chocolate bar off the crotch of a nappy once in an effort to determine the brand of the chocolate bar, but these days, many mums like to have activities that will test one’s creative abilities, such as this great activity where you choose a letter and draw a picture that relates to that letter, not only is it art for baby's bedroom, but a great way to learn the ABC...

And what about a picture frame whereby you write what you think the baby's name will be and the due date on a wooden disc then drop it into the frame, it would be great for reflection.... however, I did see the name “Beyonce” scribbled on a disc.. 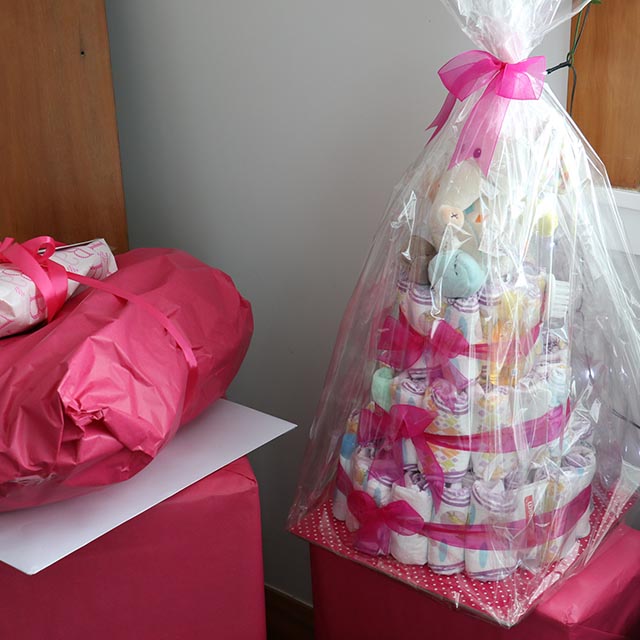 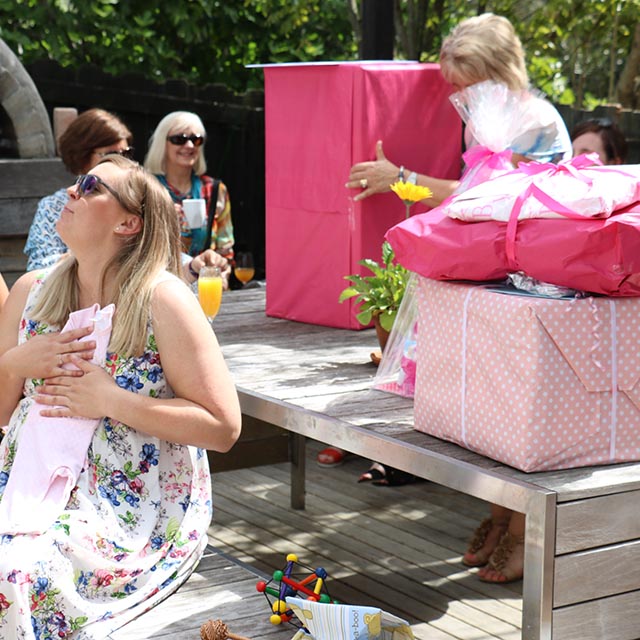 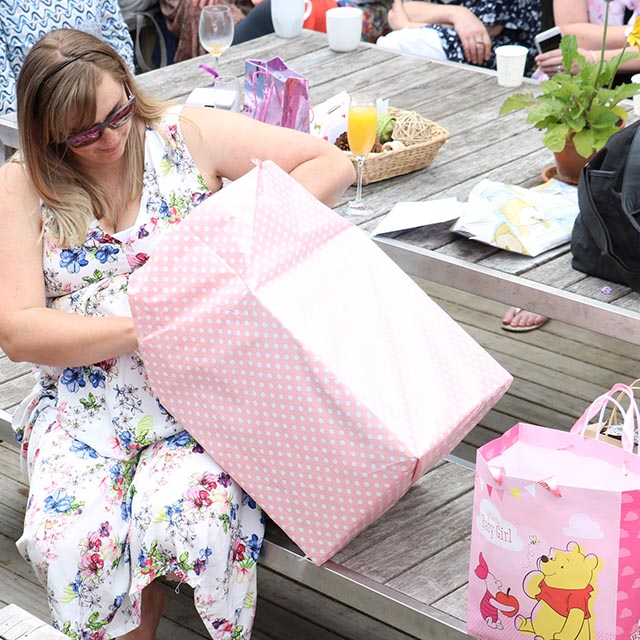 No doubt you’ve guessed that with the splash of pink, Emma is having a girl.

There’s an abundance of gifts of varied sizes, and like spectators at a tennis match everyone watches to see what’s unwrapped so that we can all follow up with… “Oh that’s sooooo cute.”

Little-bubs-to-be is so rightfully spoilt, mainly with practical things like blankets, clothes, and amazing towering gifts like a tower of nappies (so crucial as speaking from experience…you cannot imagine how many times a new-born will quite frankly, “sh#t”...)